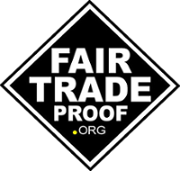 Click the lot number of this coffee on our Current Coffee Lots page, or visit ourcoffeepath.com.

This fair trade, organic coffee from our Bolivian trading partners has a nutty flavor, a smooth and light body, and low acidity. Cafe Campesino is one of the few roasters in the world to have access to this co-op's coffee, and we only keep it in stock for a portion of the year. It is a blend of Typica, Catuai and Caturra varietals and is available in a variety of grind options.

One of the most geographically remote cooperatives we source from, Associacion Integral de Productores Ecologicos de Pumiri, or AIPEP, is made up of about 80 small-scale farmers who produce two containers, or about 80,000 pounds of green coffee, annually.

Founded in 2002, AIPEP began selling to Café Campesino’s importing arm, Cooperative Coffees in 2006. Located near the town of Pumiri, in the Caranavi province, AIPEP farmers have only lived in the region for one or two generations, having migrated from other areas in Bolivia’s highland region that were impacted by drought.  Lack of access to water has become a persistent trend in Bolivia as the country's tropical glaciers have receded over the years.  The glaciers in Bolivia, which account for nearly one-quarter of the world's tropical-climate glaciers, have been receding for decades and are causing issues of water scarcity throughout the country.  One of the most populous indigenous countries in Latin America, Bolivia is especially vulnerable to the effects of climate change.

Coffee exporting at AIPEP has served as a lifeline for farmers in the Carnavi region, which is located about 1,300 – 1,700 meters above sea level.  Coffee production in this region is still very young, by comparison to other Latin American countries, and much of the resources AIPEP farmers use to process and harvest their coffee is rudimentary. (The region only received electricity about 8 years ago). Like other farmers of specialty-grade Arabica, AIPEP members harvest their coffee cherries by hand, but they also hand-sort their green coffees and manually remove coffee beans that have blemishes or defects that would negatively impact the end product's flavor.  By contrast, an electronic sorter has become a common-place tool in much of the world’s coffee lands, replacing the need for manual sorting in many other countries.

Despite such socio-economic challenges, AIPEP farmers are eager to improve their coffee quality and committed to improving their exporting relationship with Cooperative Coffees, which is currently their only coffee buyer. With such young, impassioned farmers, and such high-quality organic coffee, we can imagine sourcing from AIPEP for many years to come.

I found this online and tried it, I ordered 3 more pounds the next week. Smooth, not acidic, nice medium roast coffee.

I had some coffee is Savannah while there on business. It was SO GOOD I had to hunt it down and order some. Fabulous coffee!

Found this 4 years ago and have brewed nothing but cafe campesino ever since!

Create an account with us and you'll be able to:

Fill in your email below to request a new password. An email will be sent to the address below containing a link to verify your email address.